By P&DDecember 28, 2020Announcements from P&D, P&D in the News, uPDate
No Comments

The word of the year for 2020 is “unprecedented” – and it applies in more ways than one. As the world reeled from setbacks, Patterson & Dewar Engineers, Inc., pushed forward with an unprecedented year. While COVID-19 has been topping minds for most of 2020, P&D, and our subsidiary Hood Patterson & Dewar, would like to reflect on and recognize some of our memorable events from this year in our countdown to 2021. 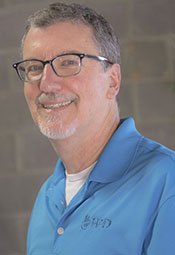 Patterson & Dewar Engineers, Inc. extends best wishes to Mike Kline, who is retiring on December 31, 2020. Mike joined the company nearly 45 years ago and will be missed by both clients and colleagues. Mike is one of the foremost authorities on conceptual design, functional verification, forensic analysis, and troubleshooting complex electrical distribution systems and power delivery infrastructures. He helped found Hood Patterson & Dewar in 1982, and became President in 1987. In 1995, Mike was promoted to President and Chief Executive Officer of P&D. The company grew under his leadership, opening offices in Texas, Tennessee, and Virginia.  The Board of Directors has named Mike Bryan as his successor. While Mike is retiring as CEO, he will continue working on select projects based on company needs and personal interests. 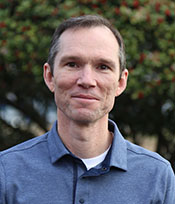 Patterson and Engineers, Inc. is delighted to announce the appointment of Mike Bryan as its new President & CEO, effective January 1, 2021. Mike began his career at P&D more than 20 years ago, and has been a critical member of the P&D leadership team since 2017 when he was appointed as Chief Information Officer (CIO) and joined the Board of Directors. Mike holds a Bachelor of Engineering degree from the University of Georgia and is a licensed Professional Engineer. With over 20 years of experience, Mike brings a unique set of skills, perspectives, and relationships to lead P&D into the future. Under his leadership, P&D will continue to grow and develop our organization, strengthen our partnerships, and build new relationships. 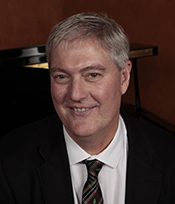 Dan Parker officially retired as President of Hood Patterson & Dewar in July after 30 years of service. With more than 40 years of experience in electrical power generation, transmission, and distribution engineering, Dan provided consulting, testing, commissioning, and peer review services for a broad range of utility, commercial, industrial, and data center clients. He taught classes on symmetrical component theory, fault current calculations, and system protection engineering. Dan left a lasting impression on clients and colleagues, all of whom will sorely miss him. Congratulations on your retirement, Dan! 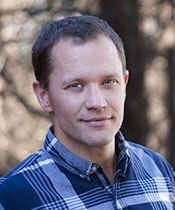 We are pleased to announce the promotion of Brandon Sedgwick to replace Dan Parker as President of Hood Patterson & Dewar. Brandon attended Lehigh University, where he earned a Bachelor of Science in Mechanical Engineering in 1999. After joining HP&D in 2003, he became the primary client engineer for multiple clients. In 2011 he acquired a Professional Electrical Engineering license in Georgia. In 2016, Brandon was promoted to Vice President of Operations for HP&D. In 2017 he was elected as a member of the Board of Directors. 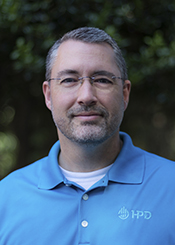 We are happy to announce the promotion of Jeff Womack to Vice President of Operations for Hood Patterson & Dewar. With over 30 years of experience, Jeff brings a wealth of knowledge to his position. Jeff was the first employee to earn NETA Level 4 certification during HP&D’s initial accreditation process. Previously, Jeff focused on managing multiple projects for medical, laboratory, data center, telecommunication, short circuit coordination studies, and high-rise residential projects. Jeff is also a member of the Patterson & Dewar Engineers Board of Directors. 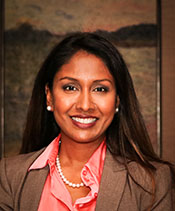 We are proud to announce that in March, Anita Atkinson, Vice President of Engineering & Surveying at Patterson & Dewar Engineers Inc., was named the GSPE 2020 Engineer of the Year in Private Practice. A licensed engineer in 7 states, Anita has worked for the last 20 years designing, managing, and leading engineering work in electric utilities infrastructure. A member of the P&D Board of Directors, Anita has served in leadership roles with the American Society of Civil Engineers, including Hospitality Chair, Internal Director, and Treasurer. She is currently President-Elect of the Georgia Engineering Foundation. Highly involved in our community, Anita regularly volunteers her time mentoring students in various educational settings, including universities and grade schools. We would like to extend our sincerest congratulations to Anita for receiving this prestigious award.

P&D and HP&D welcomed 27 new employees in 2020. Please join us in welcoming these talented individuals to our family.